Best practices for getting work-permits for the foreign talent you need, done right!

When it comes to innovation, Sweden leads globally. Well, one behind Switzerland according to the 2019 WIPO Global Innovation Index. With high ratings in infrastructure, business sophistication, and knowledge & technology outputs, the perfect ecosystem is created for more innovation and more startups. Stockholm alone is home to an estimated 8,000 startups.

Sweden’s rapid innovation ecosystem and digitization has launched superunicorns like Spotify and Klarna, but also has them competing for the same skilled labor force that the rest of the EU does not have enough of. This means that they have to find these superstars abroad. According to the Swedish labor authority, Arbetsförmedlingen’s Report from earlier this year, the need for specifically IT competencies that startups search for is continuing to grow. Sweden ranks #2 only behind the UK according to the Forbes Ease of Doing Business Index, but startups and the growing IT sector have repeatedly been screaming for more skilled labor.

So why have there been so many stories about key foreign workers being deported? Well, remember that Sweden absorbed more asylum seekers per capita than any other country in the EU in 2015. Migration has been a hot topic to say the least. ‘Kompetensutvisning’ was officially added to the Swedish lexicon in 2017 as: “the deportation of someone who has a competency needed in the Swedish labor market.” Technically, it refers to when skilled foreign workers are deported when applying for an extension of their work permit. More often than not, their deportation is due to minor mistakes, made by current and or past employers. This began in 2015 when efforts designed to protect labor regulations against “non-serious employers”,meant that an employer’s failure to comply was enforced by deportation of the foreign worker. The regulations for all foreign workers are based on Swedish collective bargaining agreements for each industry, of which there are more than 680. These are often too complex for foreign talent, and especially for startups.

The Swedish government has promised to fix this, and while the deportations of key talent have decreased, the idea of extending a work permit has been a worry for foreign talent and employers alike.

Of course, this affects startups, who are often smaller, don’t have a collective agreement, have less resources, staff and time- let alone an HR department. The Diversify Foundation, a non-partisan, non-profit released results of a survey earlier this year for foreign workers affected by kompetensutvisning. According to the COO of the Diversify Foundation, Matt Kriteman, foreign talent who worked their way through Swedish startup scene can run into problems when extending their permit after they get a job at a larger company. Of the nearly 600 respondents to their survey, 39% responded as working for or running a startup. “We launched the survey in 2018 after a ruling for an ‘overall assessment’ of each case came out, but talent was still being deported. We have definitely seen improvements this year, but want to keep working so more people understand  what the law is and how to follow it.” says, Matt a two-time ‘kompetensutvisning survivor,’ himself.

– When things were pretty tough last year, we were often contacted by a foreign worker first, and then their employer would contact us trying to figure out what went wrong. While the worker gets deported, of course this affects employers who simply didn’t understand what was required, or weren’t even the ones who made the mistake to begin with.

However, there are many Swedish employers have gone to great lengths to keep their talent. When it comes to defining the difference between a serious and non-serious employer, Diversify’s survey for workers also asked an optional question – if their employer should be nominated for an award for their help and support during their visa process. Over 60 Swedish employers have now been nominated for what they are calling the “KompetensINvisar Award,” that will be held in April, next year. Nominees include Swedish giant corporations, startups, and even universities.

– To be honest, we had no idea what that question would bring back, but the results and interviews with the nominees are . These are definitely stories Sweden needs to hear. We’re looking forward to sharing these often touching stories of employers who are defining what it means to be a ‘serious employer’ and the next level of diversity at work in Sweden.

Diversify will be sharing their knowledge at their event, Know & Grow: Work Permits for Startups, on December 5 at WeWork in Stockholm. Diversify together with Startup Grind Stockholm, Swedish Institute, The Local, We Work, The Social Few, and Shortcut is hosting a free, informative Afterwork for startups who want to ‘do it right’ when it comes to their foreign talent’s visas. Its casual design hopes to engage more startups on legal migration best practices.

– “We think that we can have both quality labor regulations and skilled foreign talent in Sweden, we just need to talk about it more, and before it becomes a problem,” says Matt.

When it comes to diversity and innovation, Suzan Hourieh Lindberg, CEO of The Social Few, a startup that uses data insights to promote diversity and growth and a guest speaker at the event agrees.

– Innovation, occurs when you get more, and more diverse qualitative answers to the same question or challenge. This ‘high density perspective’ together with inclusive leadership increases innovation 10x. For startups looking to build sustainable growth models in global industries, this is the only way to go.

Know & Grow Afterwork: Work Permits for Startups event will be for Startups that want to grow and scale their organizations with foreign talent and ‘do it right.’ Or, startups that want to learn what it takes to recruit and retain foreign talent. Each attendee will be given a brief overview of: 1. What the law is, 2. How to Follow it, 3. Bottlenecks – what they look like, and how to deal with them based on real-life examples. Also information about how diversity fuels  innovation in Sweden. 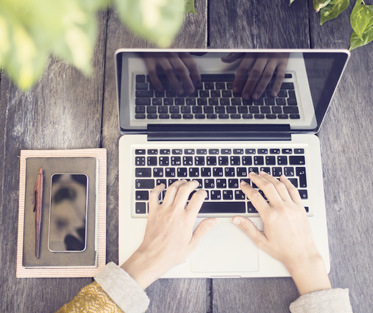